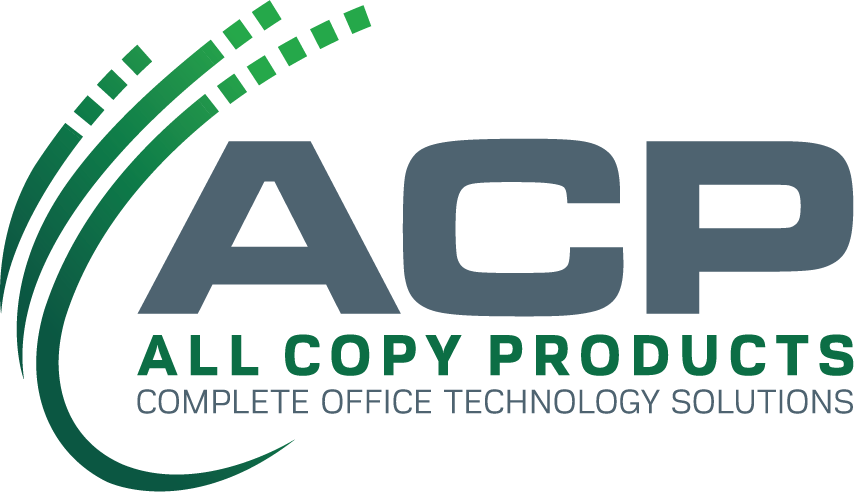 ACP’s corporate headquarters, located in Denver, Colorado and completed in 2019, is based on innovative and forward-thinking plans designed to provide both ACP employees and our customers with exciting and unique experiences. 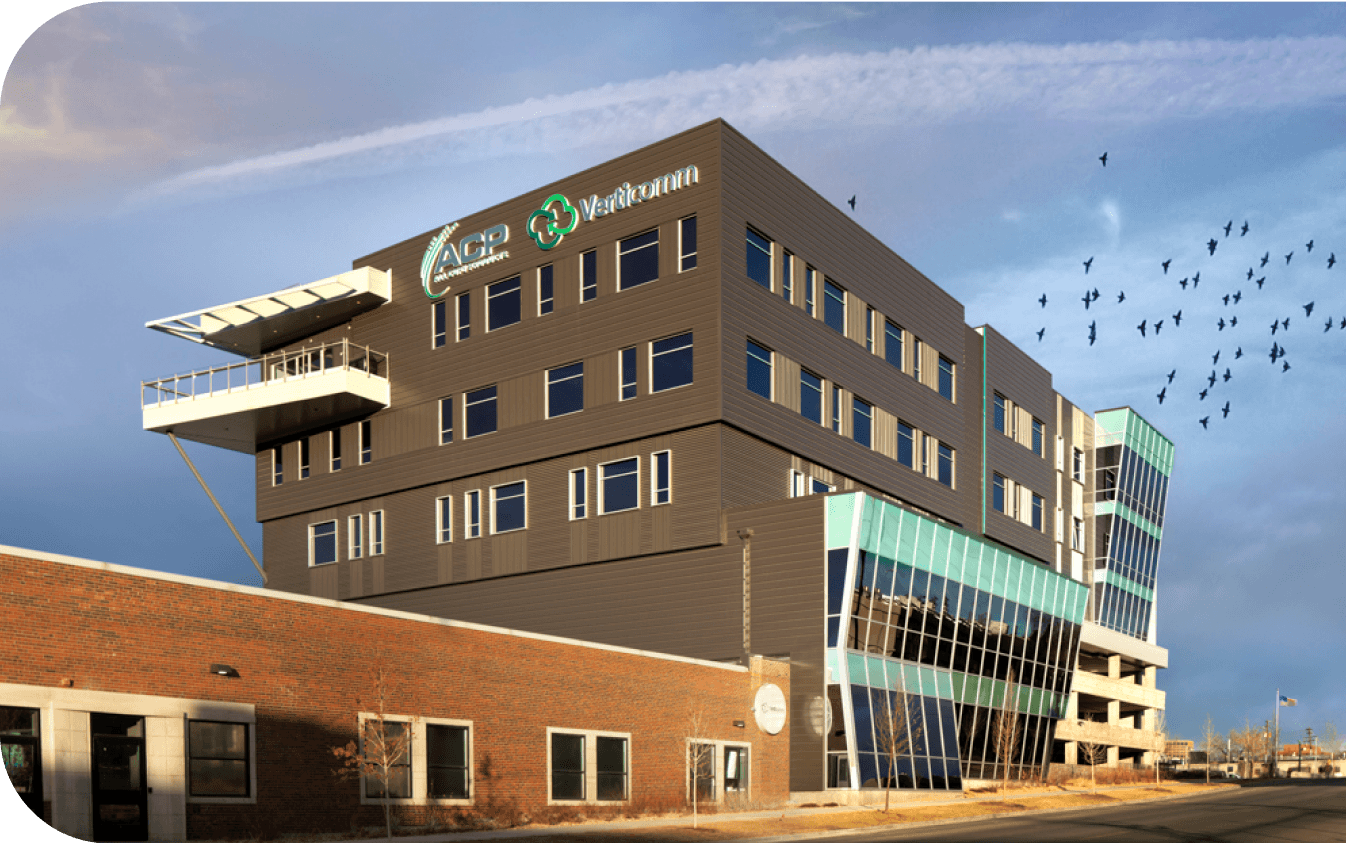 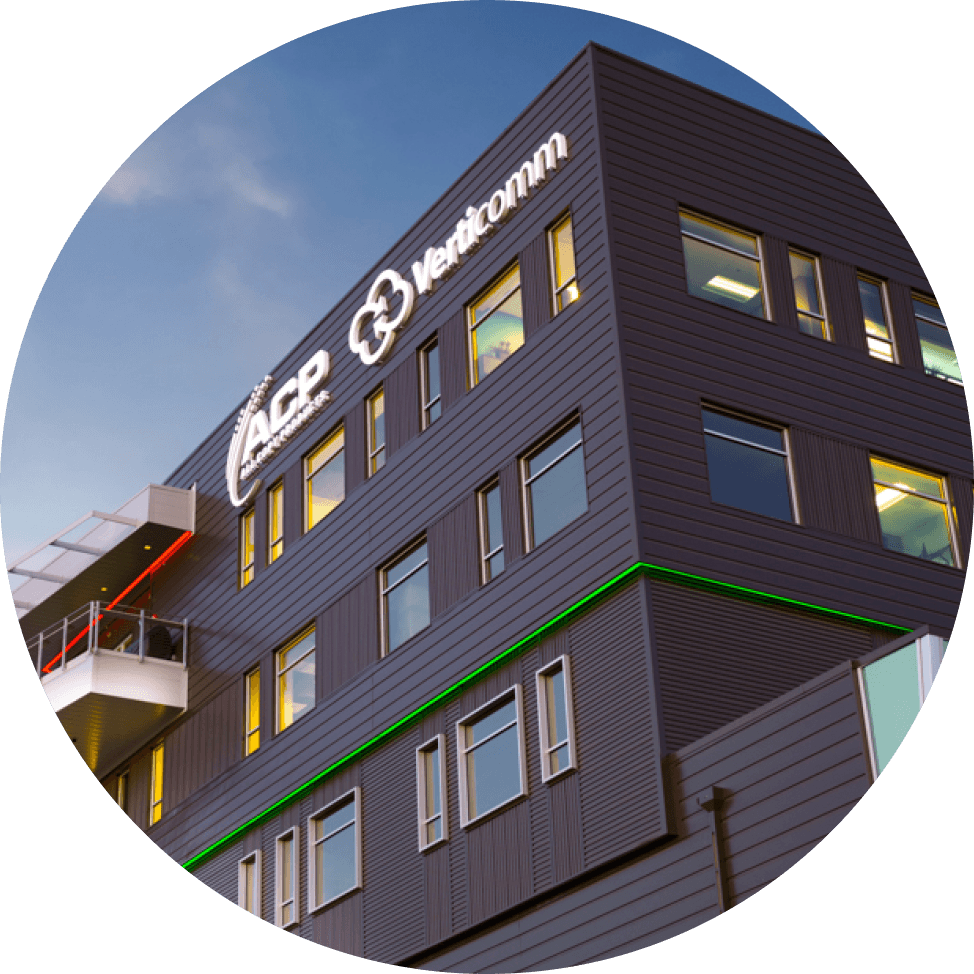 Bringing Our Teams Together

Prior to the completion of the new corporate facility, ACP and its IT division – Verticomm – were located in two different locations on opposite sides of the city. As the organization continued to grow, it became clear that a bigger facility would be necessary to provide the best work environment for the nearly 200 local employees ACP and Verticomm needed to house. Not wanting to waste any of the original downtown office space, ACP decided to renovate the existing Verticomm space and incorporate it as an attachment onto the new headquarters.

45 Years In The Making

ACP enlisted the help of both MOA Architecture and Bryan Construction to help bring their corporate headquarters to life. This new 80,000 square foot addition stands 5-stories tall and has numerous amenities to maximize the efficiency and productivity of all ACP employees. Additionally, the building allows all local ACP and Verticomm employees to work more cohesively together from the same place to improve existing processes and develop new ways that will benefit their customers. 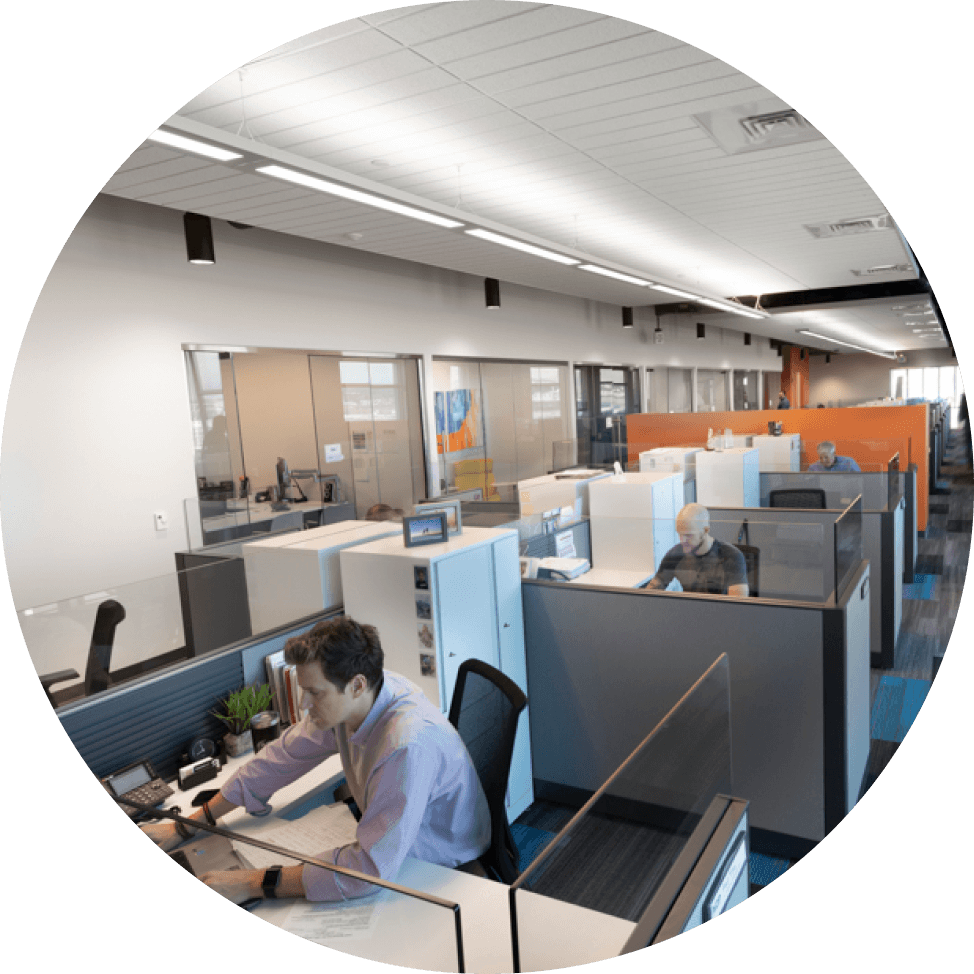 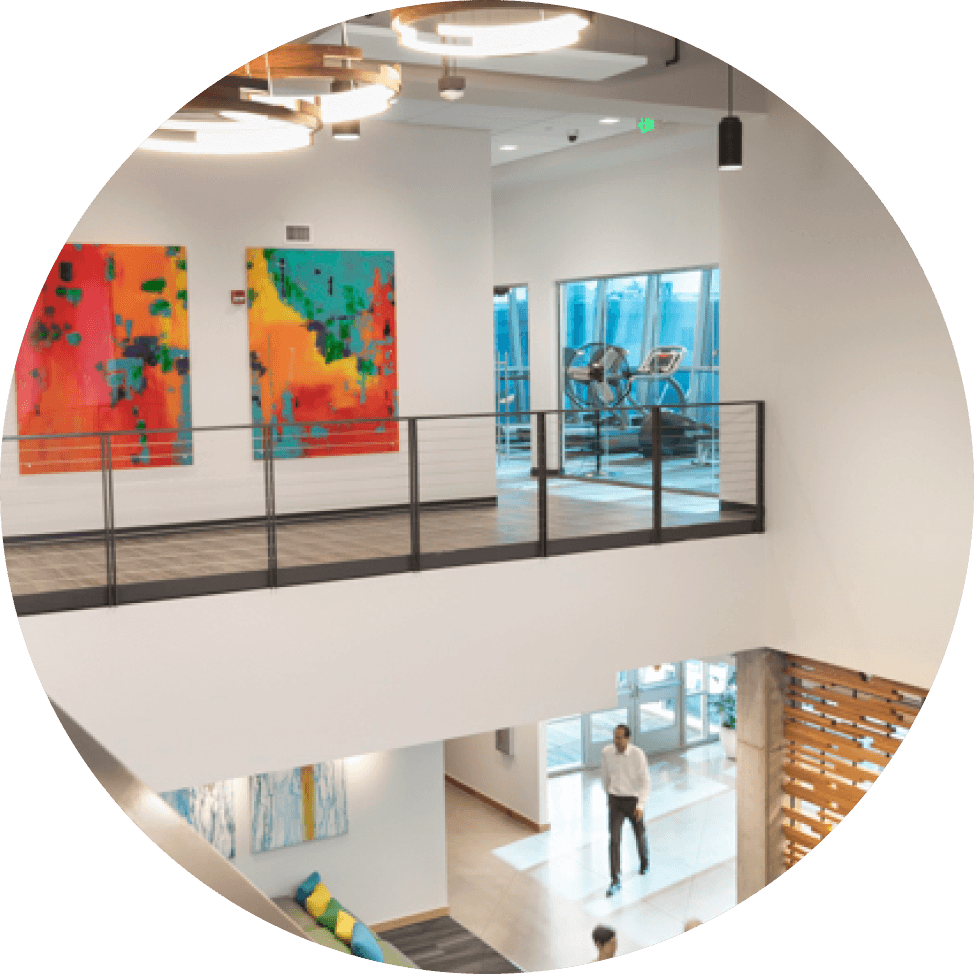 Upon entering the facility, guests are greeted with a 2-story high lobby area with a grand staircase leading up to a second story landing. Along this staircase is a digital display wall that shows information about the numerous things going on at ACP and Verticomm. Behind the main lobby is a 30-foot high warehouse meant to house all of the state-of-the-art equipment and machinery ACP offers in a much more economical way. Surrounding the grand staircase are multiple equipment demo rooms where guests can immerse themselves first-hand with the latest in office technology and equipment.

On the 5th floor, a 2000 square foot sports-bar styled lounge is available for employees to use throughout the day, for ACP events to be held, and for third parties to use for their events. This lounge is surrounded on two sides by glass doors that open up onto a large balcony with gorgeous views of the Denver city skyline and breathtaking sights of the Coloradoan mountains. 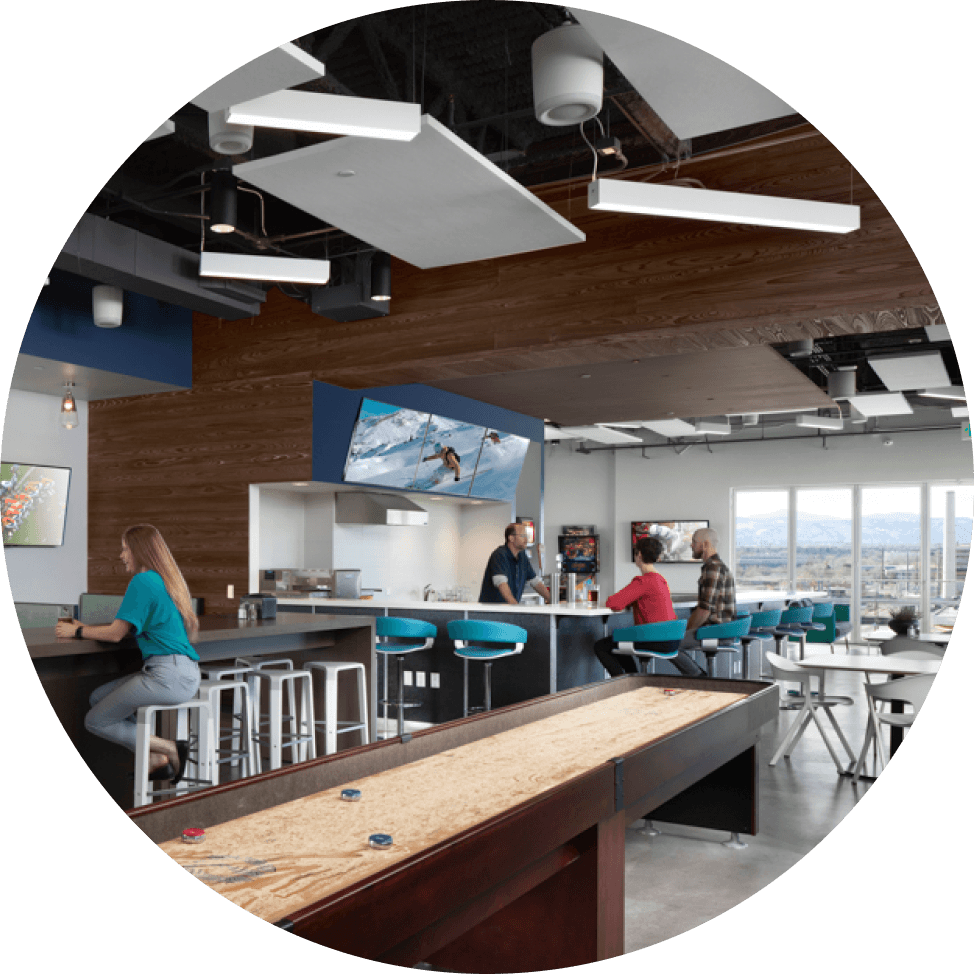 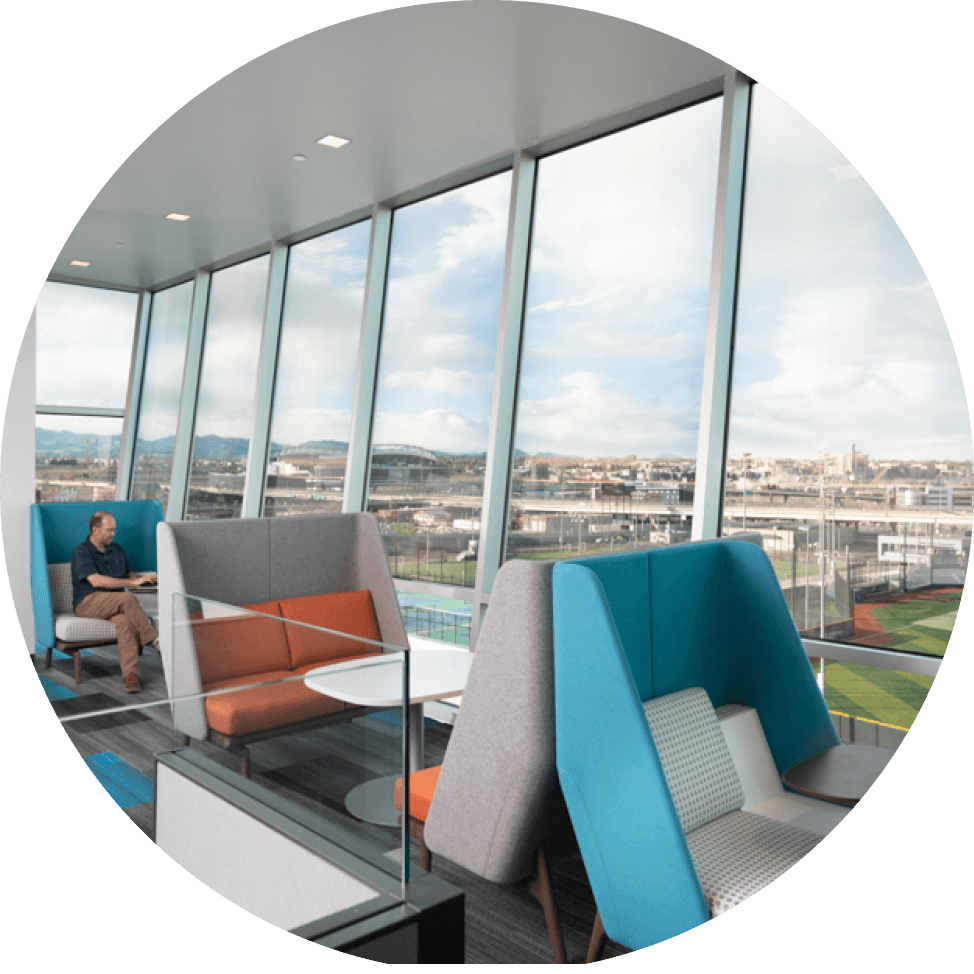 One of the most unique and innovative features of the building is the glass windows surrounding it. These windows are made of electrochromic glass, which utilizes sensors to automatically tint the glass based on the amount of sunshine streaming through. This reduces the changes in temperature within the building and minimizes the amount of glare without the use of blinds or shades, leaving the beautiful views of downtown Denver and the mountains completely unobstructed.

Other amenities throughout the building include a 225 gallon fish tank, private parking garage and lot for employees and guests with over 220 vehicle spots, 1800 square foot fitness center and multiple classes offered weekly for employees, and much more! All of these features were carefully considered throughout the planning stages of the building and are meant to help foster a forward-thinking and innovative environment for all ACP and Verticomm employees and their guests. 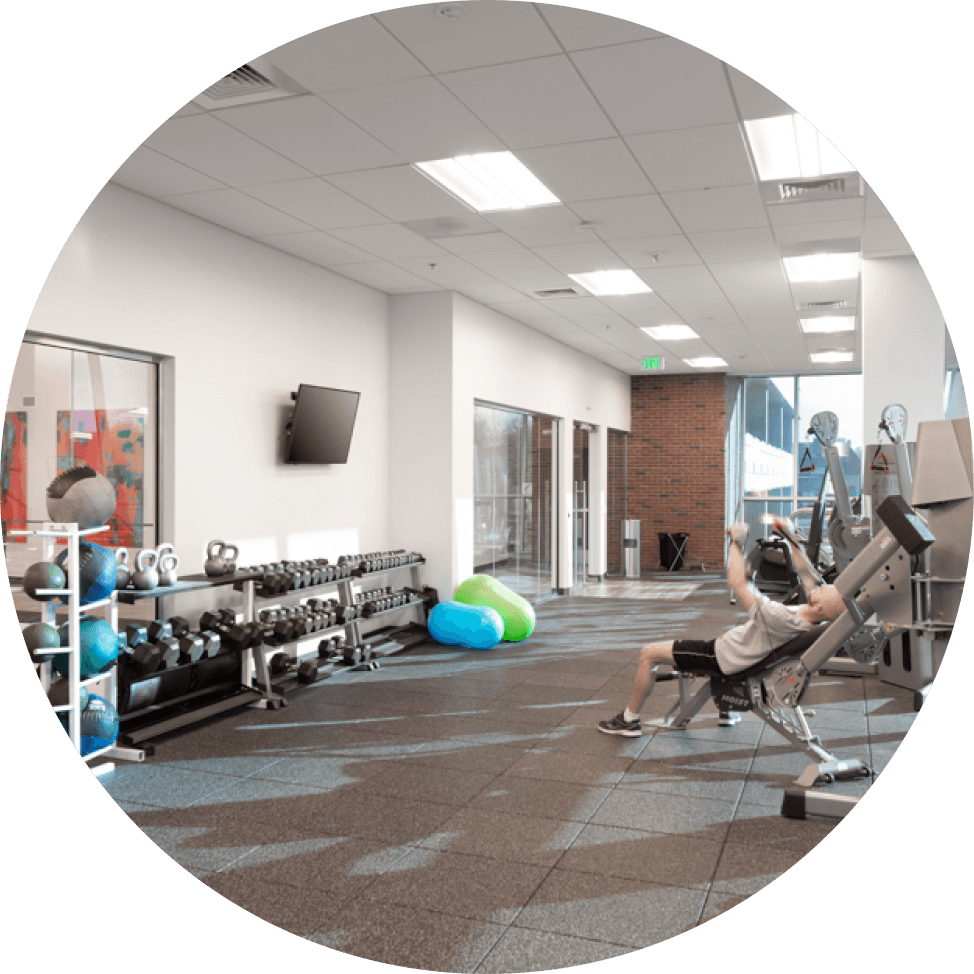